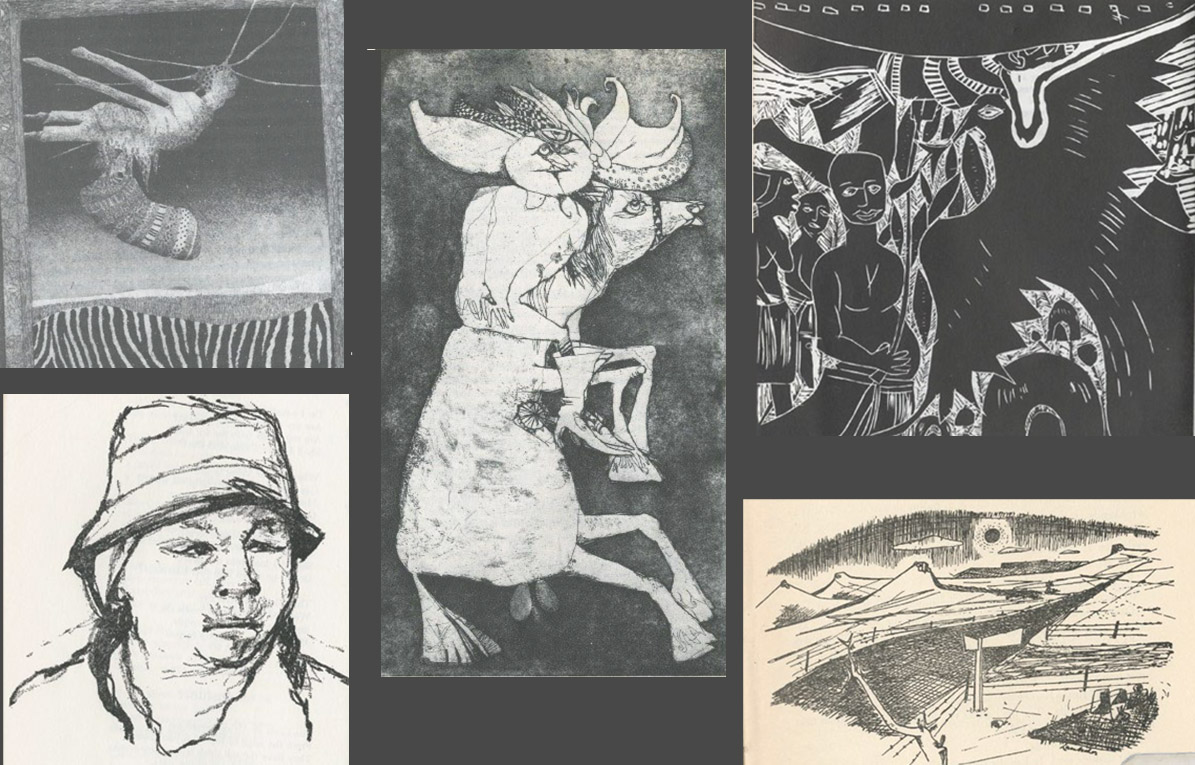 Little magazines – as literary magazines are patronisingly or endearingly called – are where most of us are published for the first time. I don’t know how writers would ever get started without them. Even the publication of the odd story or poem that used to find place about as big as  the Children’s Corner in newspapers has been pushed out, long ago, by the record-sleeve puffs for pop singers and women’s page interviews with writers or actors that pass for the daily ratio of encouragement for the arts. But little magazines, known for their individual ephemerality, are an unkillable rabbit-family of effort and optimism.

Their importance in a country like ours is particular. For years the  recognised culture was imported, like a piece of out-of-date clothing dumped by the European or American rag trade at the end of the Northern Hemisphere summer in time for the next year’s Southern Hemisphere one. Only in the little magazines was there any attempt, first to create the local industry of an indigenous consciousness, secondly and belatedly to un- derstand that this must be an interaction of black and white experience and cultures, not an imposition of white on black. Each little magazine supersedes another in this sense; and it is the strength of the species, not the weakness.

My little magazines – in which my early writings were published – were South African Opinion, Trek, Vandag and Commonsense. The first edited by Willie Greenberg, the second by Bernard Sachs and Herman Bosman, the third by Uys Krige and Charles Eglington, the fourth by Amelia Levy.

Relations between little magazine editors and their writers often be- come quote personal. Willie Greenberg tried to make a journalist out of me and sent me to interview a trade union leader. Bernard Sachs and Her- man Bosman invited me to lunch at the old His Majesty’s restaurant, and had put themselves in a good mood at the bar before I arrived. Uys Krige and Charles Eglington became life-long friends of mine. So did Amelia Levy, that wonderful woman who cherished writers; she it was who was publishing the stories of two unknown young ones at the same time, Doris Lessing and me. Much later, I had my only editorial association with a little magazine. I worked with Nat Nakasa on what was a completely new venture at the time – and of its time – Classic.

Jack Cope is a good friend for reasons unconnected with Contrast; but part of my admiration for him as a man of intellectual guts and integrity has been his willingness to slog away year after year at the effort of bring- ing out a little magazine, his stern and patient reading of anybody and everybody’s manuscripts, his unselfish concern to encourage other writers while receiving so much discouragement himself – the banning of his books. If the new editors can adapt Jack’s conscientious open-mindedness to a time when ideas of what South African literature is is being questioned as never before, Contrast could go on a long time past its 20th birthday, along with Staffrider, Wietie, The Bloody Horse and other welcome addi- tions being planned, photocopied, distributed by the CNA (!) or samizdat at this moment.