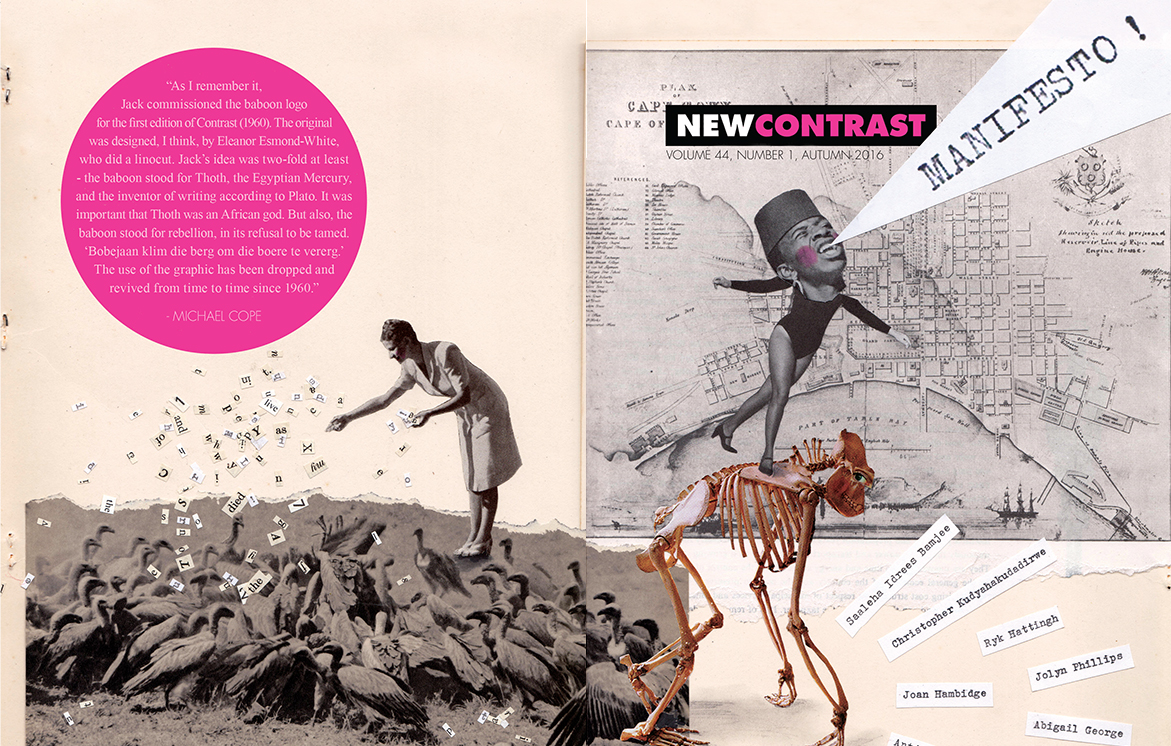 Translated into English by Sindiwe Magona

“Susan!” The driver yelled. She jumped and took her groceries with both hands from the floor, then staggered a little as the bus came to a standstill. She was moving too slowly under the burden of her parcels. The driver looked at her with disgust. The mumbling voices of passengers were becoming heavier behind her. She did not care. Slowly she walked towards the door.

“Mama, take your time,” a young man whispered. The driver looked straight ahead; his hands tapping on the steering wheel, the sound growing louder and louder with each step she took making her way and getting off the bus.

“Thank you!” she said. The street lights were bright and the people were buzzing around. The whistles and the long sounds of hooters from the drivers filled the air as she moved slowly down the street carrying her parcels. Suddenly, a ball knocked her on the back.

“Sorry, Ou-lady!” from a distance a boy‘s voice apologized. She stared for a moment thinking that her parents would have given her a hiding for speaking to elders like that. The voices of some parents could be heard screaming for their children. She began walking again amazed by the number of little ones playing without parental supervision on the dusty streets. She remembered a signpost with a picture of a missing child. Then she saw some girls sitting in a circle, playing cards under the streetlight. Gambling, she thought when she saw some of them pick up coins now and then. The smell of braai filled the air. She could not see any child who could help her. Her heavy parcels were getting heavier each moment. A boy and a girl were blind to her plight and only had eyes for each other, hugging and kissing as though they would never see each other again. Shameless! Church goers on the other end of the street sang their hymns as they marched to the evening service.

“Bloody hypocrites!” The thought flashed through her mind for they also did not see her.

Finally she got home. Sabelo, her new lover, was having a happy moment with his brothers, enjoying a conversation on the couch. She smiled, chatted briefly and then asked to be excused. Her body ached as she put the groceries in the cupboard. She had already made up her mind. She knew what she was going to do. She needed space and time to execute her plan. On her bed she wished she had taken a bath, but instead she crawled under the blankets.

“Are you okay?” Sabelo asked her. He looked concerned around the room. Susan’s blank and cold reaction was very strange. She told him that she was fine and just needed to rest. He kept on asking her what was wrong and eventually she cried but still would not tell him anything.

“Let me give you space but please let me know if you need to talk,” he said, leaving the room. She was speechless. She felt her soul broken, chopped into pieces. The heaviness inside did not allow her to say anything. She lay there silent until she fell asleep.

In the morning, Sabelo again asked her what her problem was. Concerned, his brother Vuyani also joined in. They were surprised when she just lay there and said not a word.

But then Susan got up, washed and got herself ready for work. Her heart was pounding and she felt extremely weak. The day seemed all too much for her. Sabelo drove her to the clinic the nearest clinic, Site B Clinic. He looked the petrol gauge and got nervous when he saw the car was very low on petrol. It was hard to focus on the road because his eyes were frequently on Susan who was resting her head on the car seat. Her purse lay on her lap.

“What are you waiting for? Do it right now.” The voice came to her again when Sabelo stopped for petrol. When he went out of the car, she took out the pills and began to chew them. Silently she crunched and swallowed her depression medication, all twenty one pills. She didn’t even taste the bitterness. She then asked the petrol attendant for water and he was quick to help. She drank it slowly and felt drowsy. Before taking the coming to his wheel to drive, Sabelo came to check if all was well. He noticed that she was choking and the white foam coming out her. When he noticed the content of the medication, he knew something terrible had happened. He got afraid. Suddenly she was short of breathe and became silent again. The container now empty of medication was still in her left hand.

“What have you done?” he asked fearful of losing her. He immediately knew that he had to act fast to save her life. He hit the accelerator hard to Nonkqubela Clinic. When he got there, he raced to the entrance, carrying her in his arms, bumped open the door and dropped her on the bench next to the security guard. The clinic was full. The emergency unit in the clinic was also full. Susan was happy. All her plans were coming through.

But Sabelo hastily put her back in the car, sped the car, telling her that they were going to a private doctor. At that moment, Susan wished she had strength to strangle Sabelo, frustrated that he was refusing her the right to die. She opened the door and, like a millipede, dragged her body out of the car. Sabelo hit the car breaks when, in the mirror, he saw that half of her body was outside the moving car. Other drivers raised their middle fingers as they swerved their cars.

Susan’s body hung motionless and her head almost hitting the tarred road. Again her plans were cut off. The car had no automatic door locks. He then realized he needs somebody to sit next to her. A young man agreed. Just like an angel, he sat and watched. The premises of the private doctor were closed.
Sabelo was sweating by that time. Susan was happy once again. Each second, her dream of dying was coming true. Her mouth was dry. She was thirsty, awake but her body was getting weak. The man on the wheel was quiet and anxious and the one next to her was present.

They raced to N2 Freeway rushing her to the Grootte Schuur hospital. At the hospital she was rushed to the emergency ward. The doctors immediately drained the poison out of her stomach. They left her to rest. Bulelwa, her first born child was there when she woke up. They both cried on the ward. She held her mother tight and told her it was going to be alright. The doctor came to check on her and he was delighted to see her with her family. He introduced her to the female social worker. Susan was disappointed and drowsy. The doctor gave her a bottle of water and insisted that she must drink a lot of water.

“I love you mama, tell me what is going on?” Bulelwa asked looking worried. She wiped her mother’s tears with her hands and began to hold her tight. She loved her. She wished she had more strength to tell her how she feels about them. At that moment their voices were not important. There was no connection at all.

Susan was tired of self-blame. She heard different voices on that bed whispering over and over again that is she wrong.

“What am I living for?” She quietly said. At that moment she hated Sabelo. She hated the guy who was sitting with her at the back of the car. She hated the inner blows from her ex-husband. Whilst resting her head on her daughter’s shoulder, she deeply thought of what to do next to make her attempt a success.

The Land of Seabreeze and Sourdough by Sisca Julius